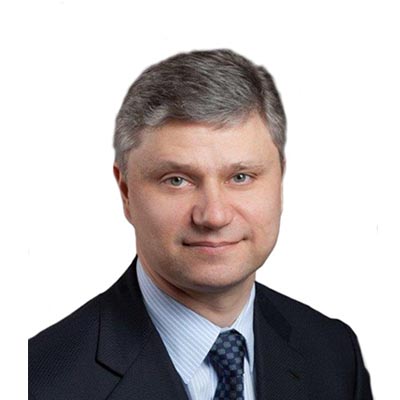 Dear Partners and Colleagues,
For the Russian Railways Group, 2016 was marked by improvements in services for our customers.

We set the goal of enhancing the quality of passenger service and doing this with our own resources. Work to improve our services as part of the 'Year of the Passenger programme enabled us to reverse the negative trend in transportation: 1.037 billion people used railway services, a 1.6% increase from 2015.

People began to travel more around the country, including to tourist destinations, which was particularly noticeable in summer traffic. For the convenience of passengers, we started offering ticket sales for all long-haul trains 60 days before departure. We have plans to increase this period to 120 days so that people can plan their trips in advance. We have not lost sight of passengers with physical disabilities and have created more comfortable conditions for them in trains and at train stations.

The situation in suburban transportation has stabilised and demand is growing for commuter trains within the city. The Moscow Central Ring project demonstrated the demand for such services in megacities as Lastochka (Desiro RUS) trains transported more than 27 million people on the MCR by the end of the year. We are planning to develop a similar service in other major Russian cities. This is the contribution of railwaymen to the future of urban agglomerations.

Positive dynamics were seen in freight transportation volume, which totalled 1.222 billion tonnes in 2016. In terms of work with shippers, we are focusing on improving service, simplifying registration procedures and developing electronic document flows. Freight delivery speed, reliability and accuracy have all increased. Taking into account the situation on global markets, we offered more than 30 tariff incentives last year as a result of a mutually beneficial compromise.

Despite the significant changes in the freight transportation structure, we managed to fully balance the Company's financial results for the first time in 2016 without receiving government subsidies. This became possible due to meticulous work to optimise costs, enhance workforce productivity, introduce resource-saving technologies and contain price growth for the products offered by Russian Railways.

Overall, costs were cut by RUB 103 billion in 2015–2016, which is comparable with the Company's monthly expenses.

We will continue work to optimise costs, increase workforce productivity and modernise infrastructure.

The Russian Railways Investment Programme amounted to almost RUB 400 bln in 2016. Major projects to fulfil the instructions of the President and Government of the Russian Federation are being implemented on schedule. Such projects include modernising the Baikal-Amur and Trans-Siberian Mainlines, upgrading approaches to ports, building the Zhuravka – Millerovo line and develloping the infrastructure of the Moscow transportation hub. Preparations are under way for the construction of the first Russian high-speed railway Moscow – Nizhny Novgorod – Kazan.

It's important to note that our projects undergo multi-stage control with the active use of independent process and price audit procedures. The share of procurements from small and medium-sized businesses is increasing and exceeded 45% for the year (RUB 132.1 bln) despite a target of 18% (RUB 52.3 bln). In addition, Russian Railways drafted and began utilising anti-corruption measures in 2016 in accordance with legislation. A commission to settle conflicts of interests was also set up and starting functioning.

Russian Railways will continue its policy of improving the quality of services, cutting costs and ensuring a financial and technological balance. The Federal Antimonopoly Service has approved an additional 2% surcharge to the freight tariff for the major overhaul of infrastructure in 2017.

The year 2017 will be a special one for us: 180 years have passed since the opening of the first railway in Russia. The steel rails fundamentally changed our country in the nineteenth century and not only became a driver for economic development, but one of the symbols of Russia.

With respect for our history and traditions, we will continue work for the benefit of the country's economy. I am confident that together we will meet any challenges and do everything possible for the prosperity and dynamic development of our country.