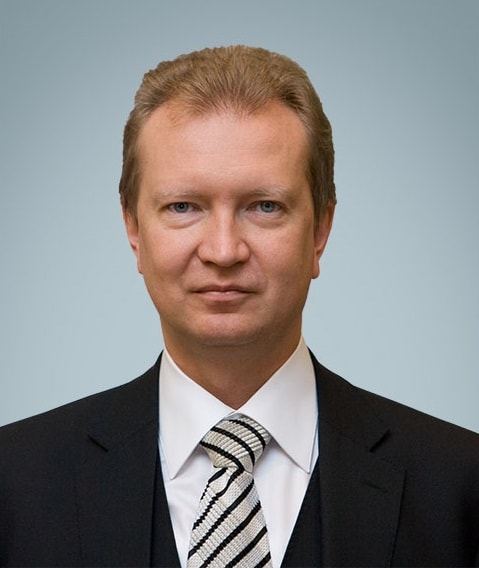 The Company had a balanced financial result in 2016 without receiving any government subsidies. Cost-cutting amounted to more than RUB 103 bln in 2015–2016, which is comparable with our monthly expenses. As a result of timely measures, the specific cost of transportation activities increased by only 0.8% versus the 2015 level amidst significant price pressure, average annual inflation of 7.1% and a 4% increase in industry prices. We met the plans we laid out in terms of revenue indicators and generated roughly RUB 1.6 trillion in revenue throughout the Company.

The positive dynamics in terms of volume were achieved, among other things, due to the improved quality of railway transportation operations, in particular a significant increase in freight delivery speed of 20.7% over the last two years.

In addition, Russian Railways achieved the target reduction in accidents on railway infrastructure set by the Government of the Russian Federation. The number of transportation incidents declined by 41% in 2016.

In the passenger sector, the trend of decreasing passenger transportation volume seen over the last three years was reversed. A total of 1,037 mln passengers were transported in 2016, an increase of 1.6% versus the previous year. The situation with suburban transportation stabilised as well.

The Moscow Central Ring launched operations in September 2016. By the end of the year, it had been used by more than 27 mln people. Daily passenger traffic is steadily increasing and new records are constantly being set (more than 319,000 passengers used the MCR on 28 December 2016 alone).

As a result of work performed to improve efficiency, the Company fully balanced its financial result for the first time without receiving any government subsidies, which had previously been allocated to Russian Railways for its major repair programme.

At the same time, the deterioration in the freight handling structure in terms of profitability became a key challenge for the Company. This trend will presumably impact the Company’s work over the next few years.

In particular, despite the indexation of freight transportation tariffs at 9%, the average return per 10 tkm increased by only 2.7%. Due to changes in the transportation structure, including due to a decrease in the share of high-profit freight and an increase in the proportion of low-profit freight, the shortfall in income versus the initial plan totalled more than RUB 84 bln.

In order to maintain a breakeven point, the Company reduced expenses on transportation activities by almost RUB 60 bln versus the initial plan. It also worked to improve the efficiency of other types of activities and implement other financial management measures (roughly RUB 30 bln).

In addition, additional expenses on property taxes were covered due to the lack of a decision to maintain a preferential property tax rate.

The Company also sought out an additional RUB 15 bln in funds for major tax repairs and RUB 0.8 bln for the partial funding of work performed as part of the Year of the Passenger.

Due to the implementation of an efficiency programme, transportation costs increased by 0.8% versus last year amidst annual inflation of 7.1% and industrial price growth of 4%.